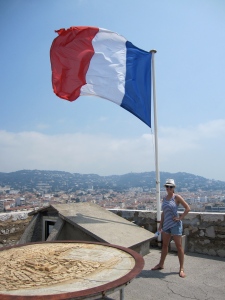 Once upon a time I wrote ads (à la Mad Men, with less booze) in Washington, DC. Then my husband convinced me to move to Paris. And when I say convinced, I mean he said, “my job is moving us to Paris.” Obviously the only acceptable response in that situation is to start packing your bags immediately.

Attention! Boring serious stuff that I shouldn’t have to spell out but will spell out anyway: All views expressed on this blog are entirely my own, and are not meant to represent U.S. foreign policy, U.S. government organizations, or anyone other than me,  in any way. Duh.