Yes, that is a Sephora box you see there. Of course I still hate them, but it just so happens that they’re the only people who carry my most favorite shampoo, so I have to cross the picket line every now and then in the name of good hair.

Good hair that I almost lost today in the midst of mid-day Parisian traffic, because wouldn’t you know it, the crazy continues! This time on two wheels!

See, rather than wait 15 minutes with my bookbag and shopping bag and Sephora box for the bus, I decided to haul it on over to the Velib station and rent a bike. Really, why waste a perfectly beautiful day ensconced in the safe confines of a bus when for just 1 euro I could be cruising on a public rental bike through the streets of Paris? Without a helmet?

So after tipping over twice, I gained control of my bike and sped off. In the wrong direction. Faced with an impenetrable roundabout/intersection, I pedaled down a narrow side street, only to be confronted by angry delivery trucks and shouting pedestrians.

Sweating and swearing I finally popped out on the Champs-Elysees. You know, that 6 lane death trap of lawless french drivers. Oh boy. With a white-knuckle grip on the handlebars I took a deep breath and swerved into the flow of traffic. Just picture it: Me on an overweight beach cruiser, sporting baby blue fake Raybans, pedaling furiously between taxis and frantically ringing my bike bell. SSSSPRRRIIIIIIIIING! 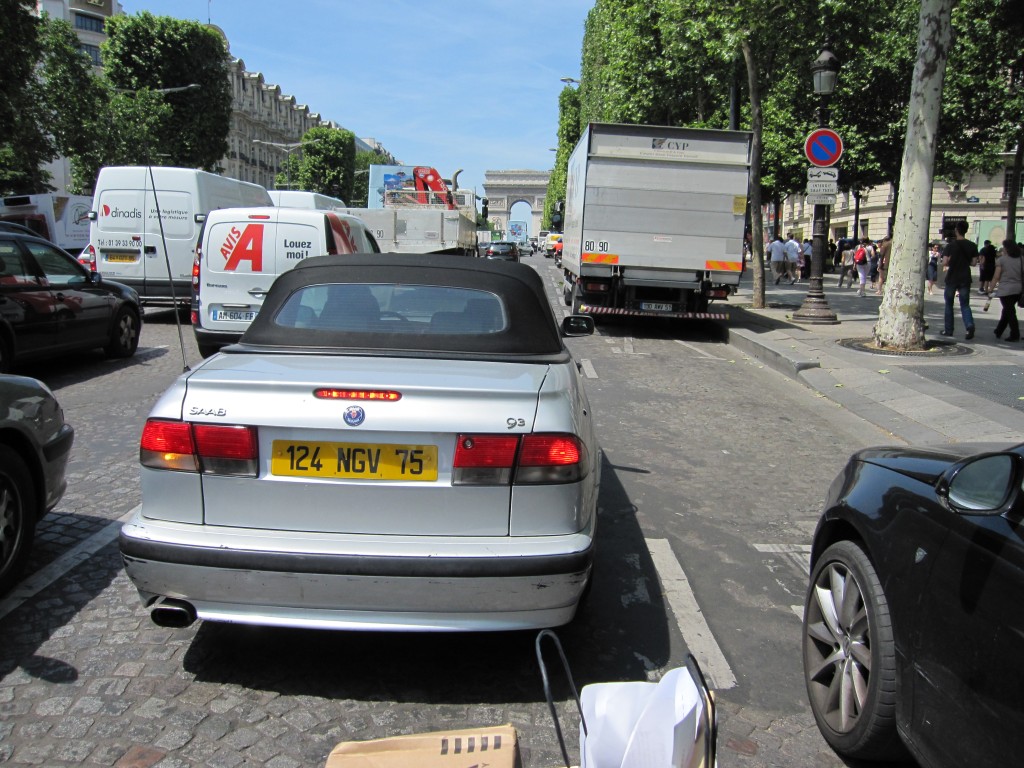 Which finally leads me to today’s vocab. Because reading that story probably made you think, sweet geezus she is nuts. Well, if you were French, you might ask instead:

Which means literally, Did you smoke the carpet? or in essence, What kinda crack have you been hitting?

My answer: the pain au raisins and champagne kind.