So it’s almost August, which in most places doesn’t mean much other than hot sticky weather and maybe a trip to the beach. But here in France, it means we’re on the verge of something akin to apocalypse. By all accounts, the city will be deserted, all the restaurants and shops will close and nothing will be left but hordes of foreign tourists on the metro. One friend urgently advised me to run to the nearest butcher as soon as possible to stock up the freezer.

No mad dash for milk and bread here. Just a run on charcuterie. I’m beginning to imagine a scene not quite unlike The Road, except the lonely survivors are those without posh summer homes in Normandy and they have to fight it out over the last slab of foie gras at the market.

Doomsday visions aside, I was beginning to worry that an empty city would leave me scavenging for things to write about. But just when I thought I’d be totally out of material, Husband went and bought himself a french tailored suit. 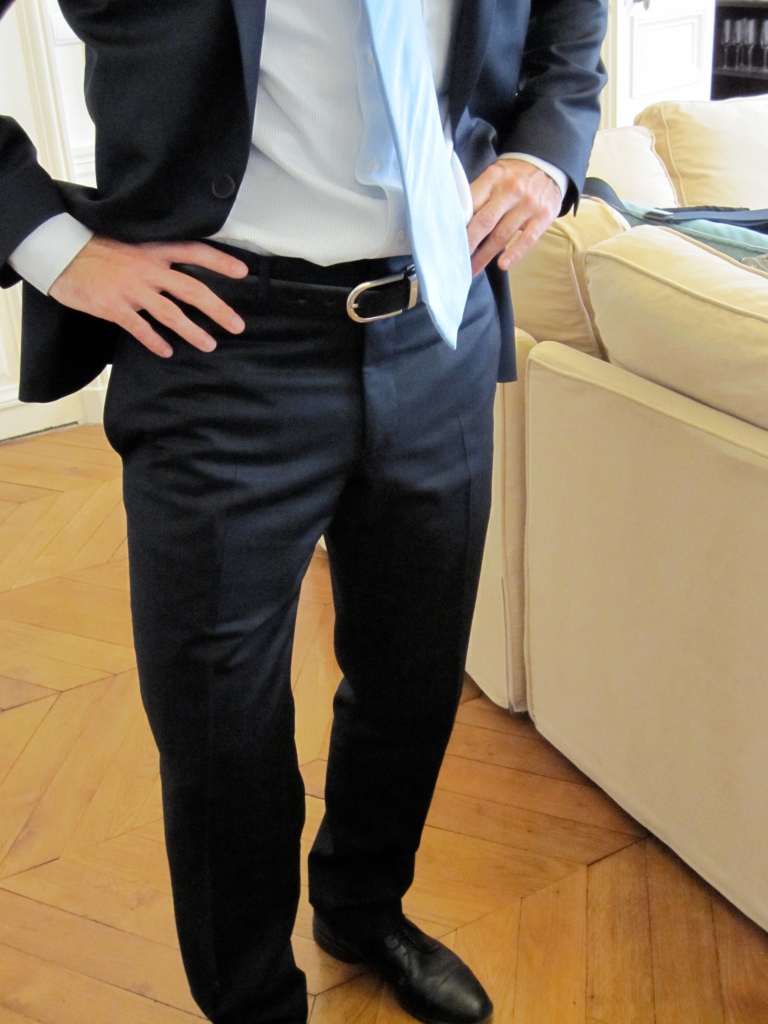 For those of you unaware of the vast differences between French and American tailoring, let’s just say that the cut here doesn’t leave much to the imagination. It’s skinny. It’s tight. The pants manage to make Husband (a skinny man) look like the Incredible French Hulk. Or as he explained it, “If I fart, my entire pant leg vibrates.”

But make no mistake: He looks damn good, and the new suit is much better than the oversize hobo suits he’d been wearing since 2001. It’s just French. And he might get some cat calls when he walks down the street.

And that, mes amies, finally brings us to today’s vocab:

Definition: Contrary to what the picture above might look like, un costume is not something you wear on Halloween. It’s a suit.

Definition: Cinched in at the waist, very tailored, taut like a tiger.

“Hey hot stuff! Yeah you in the costume très cintré! Bring that sweet a** back  over this way! Whoooo-hoooo!”