I’m lying. Yesterday was cold and rainy and generally inhospitable to any parade goers. But since we had a secret spot to watch the festivities just a few blocks from home, we braved the elements to see just what this epic Republic Day parade was all about.

They’ve been prepping here in Delhi for months, doing full dress rehearsals and closing down roads and setting up flags and fences. Tanks have been parked around India Gate for weeks, and workers were out straightening street signs and painting curbs up until the last minute. This happens every year in the lead up to India’s national celebration – not just when Obama visits.

So it was definitely a bummer that after all that work, the weather did not cooperate. There were barely any spectators, and I heard they canceled the elephants because it was too wet and cold out. But that’s ok – we got front row seats for the spectacular marching bands and camel brigade! 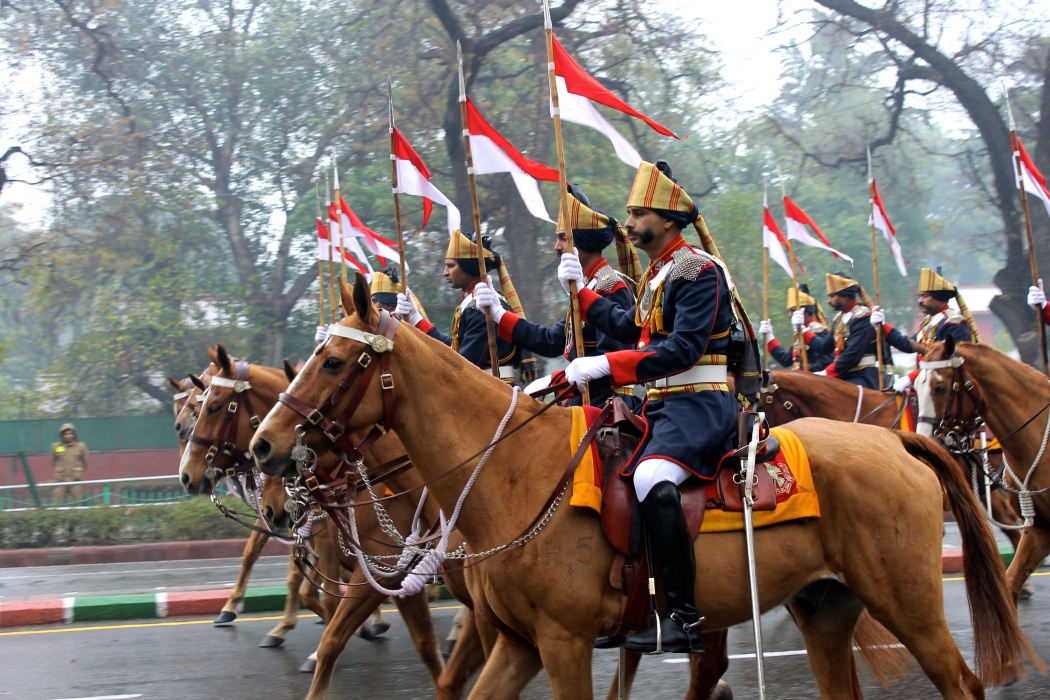 Cletus waited patiently for the camels (and refused to wear a dang raincoat). 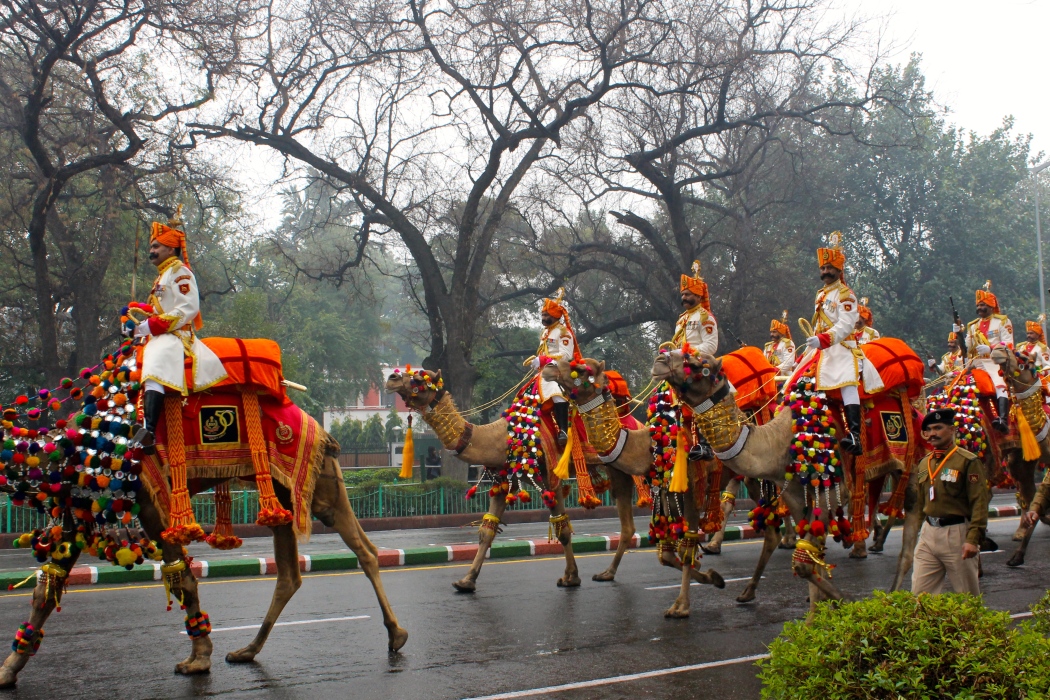 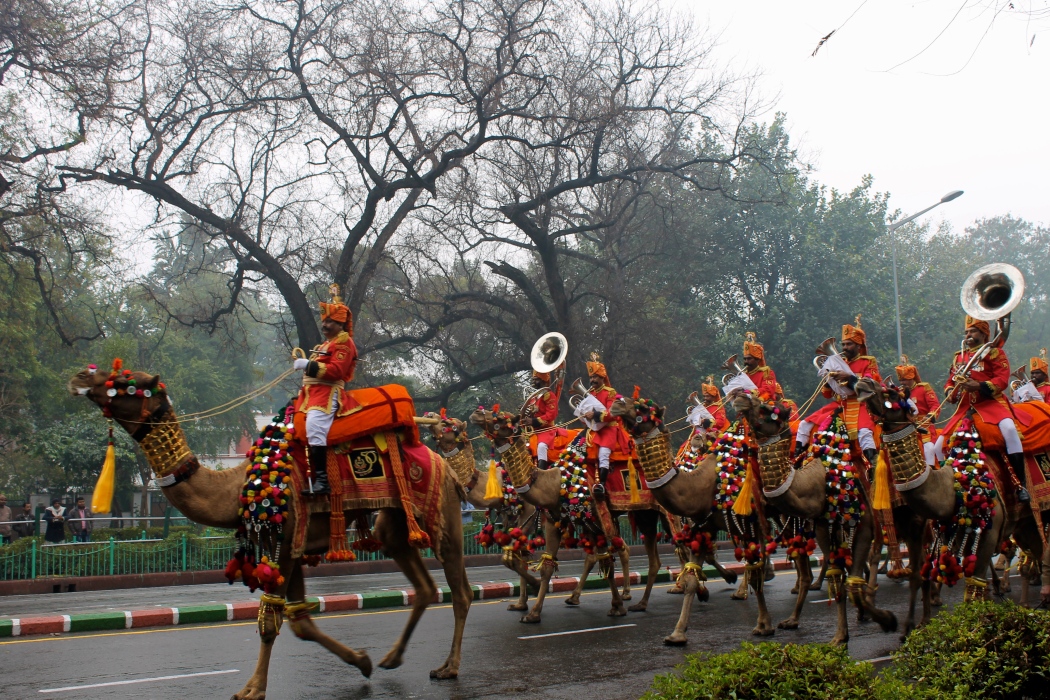 Yes, that is a guy playing a tuba on a camel.

That’s not the best part though: After the camels, the marching bands abruptly stopped in the road, put down their tubas and drums and walked over to the sidewalk for a snack. Parade half-time, I guess. 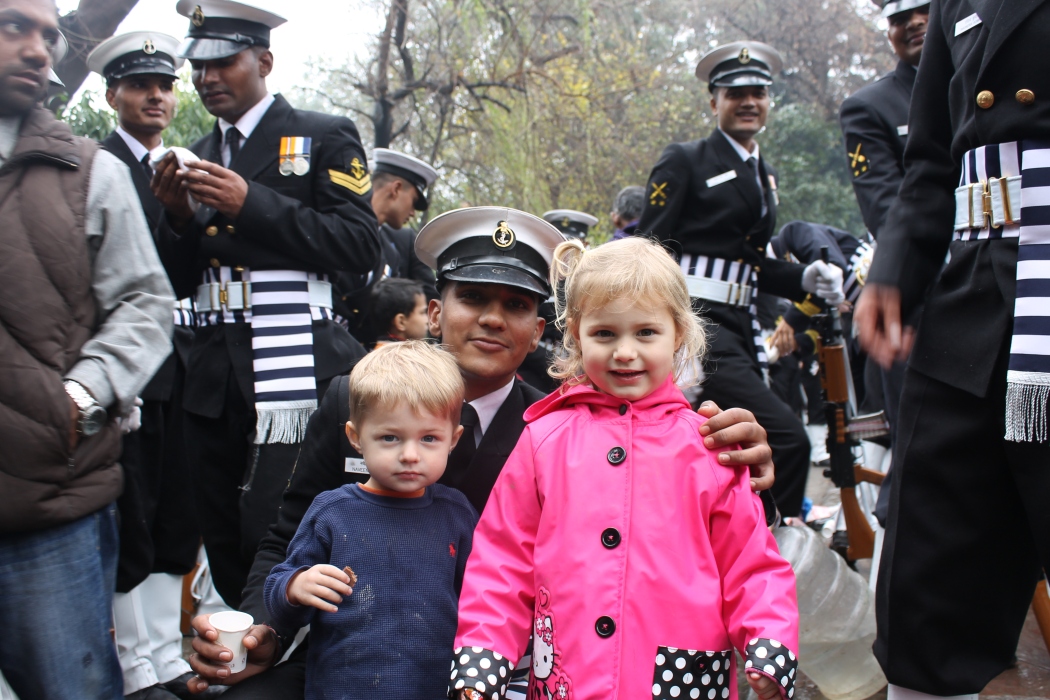 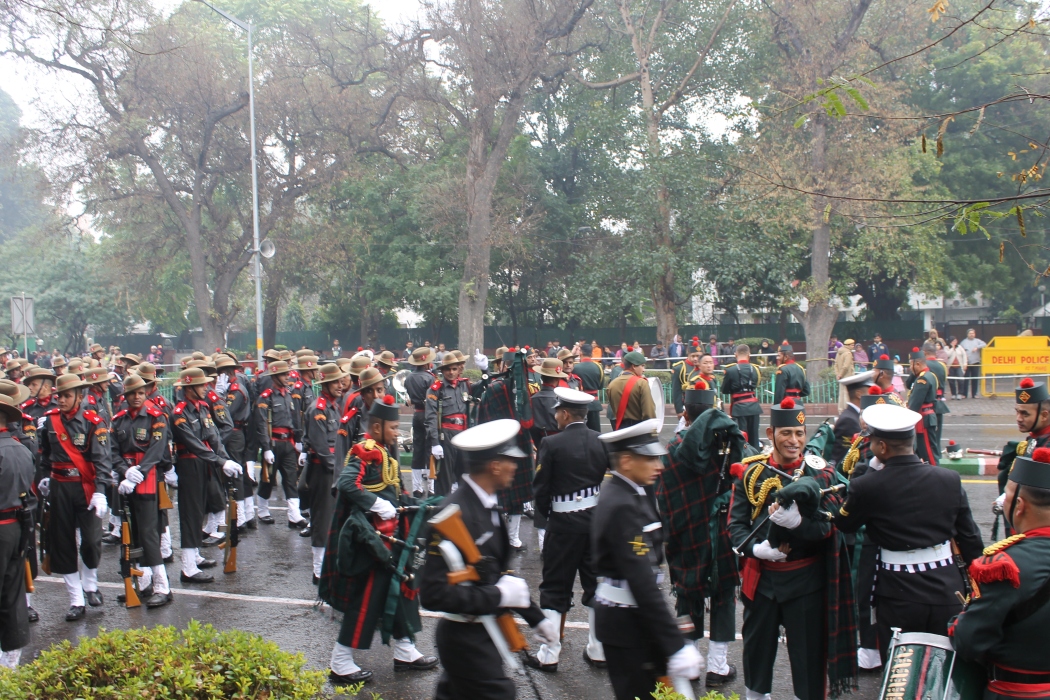 We took that as a sign to walk home. On the way, we were stopped about 500 times to take photos with the other spectators. Next year we might have to just put Cletus and The Babe on their own float.

And this is who greeted us at our gate: one of the street dogs who lives out front, dressed to the nines for the big event. 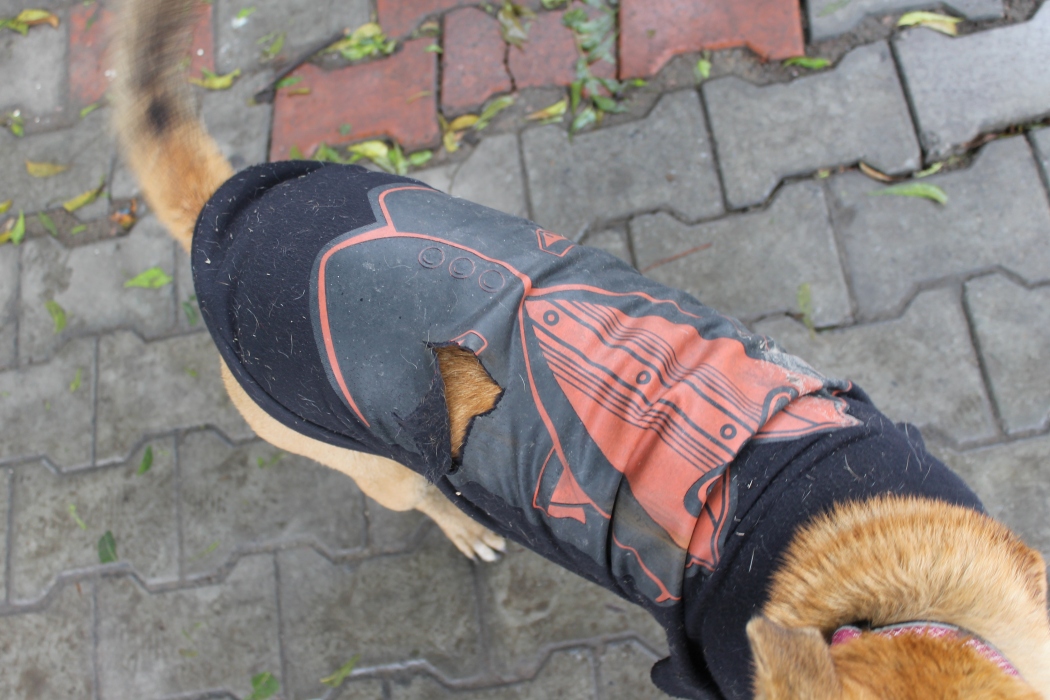