At least that was my first impression after arriving at 11pm and dragging our suitcases and my pregnant belly through the rowdy Red Light district to our hotel. Dodging a broken beer glass, I shouted to Husband that perhaps Amsterdam might have been a better choice pre-bébé.

So after resting up on the quiet side of town, we headed to the Saturday morning market. But before we got there, we stopped for breakfast #1: a fresh apple pastry of some sort, warm from the oven.

After a stroll through one of the most beautiful farmer’s markets I’ve been to yet, we settled down at a corner cafe for breakfast #2: apple cake. 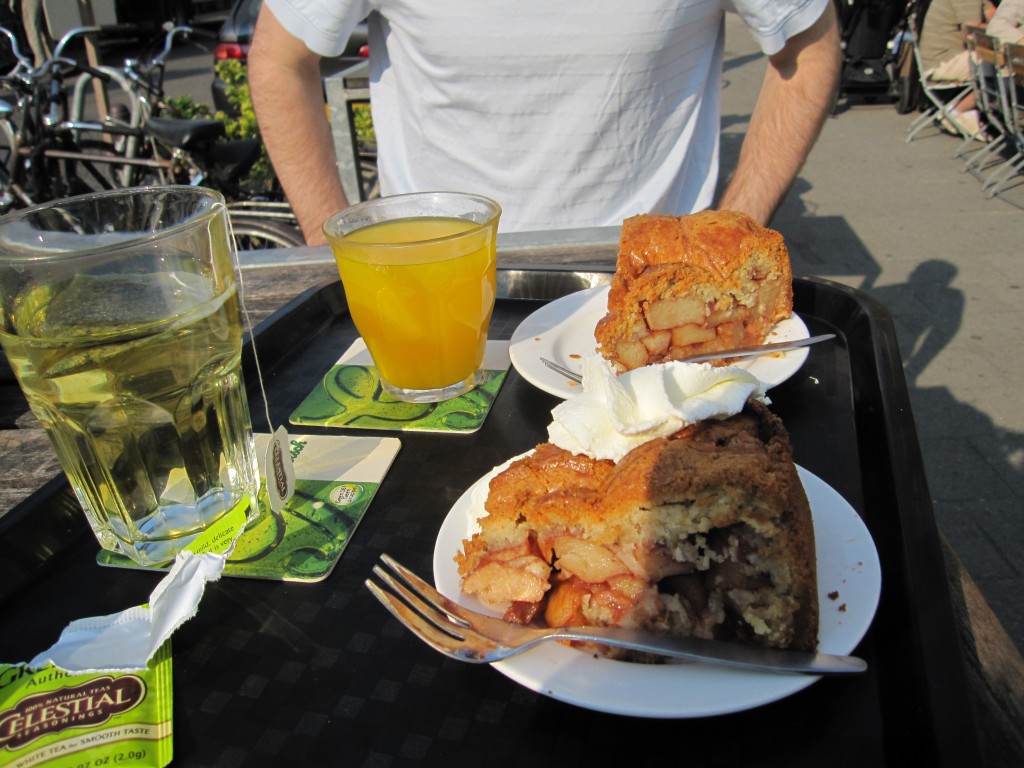 Then we walked towards the museum square and did the tourist thing, with about 3 million of our closest European friends. Thankfully my ginormous belly allowed us to skip the line at the Rijksmuseum. (I knew this bébé was good for something)

After an hour of culture, it was certainly time to eat again. And how could we pass up the Double Dutch Burger? 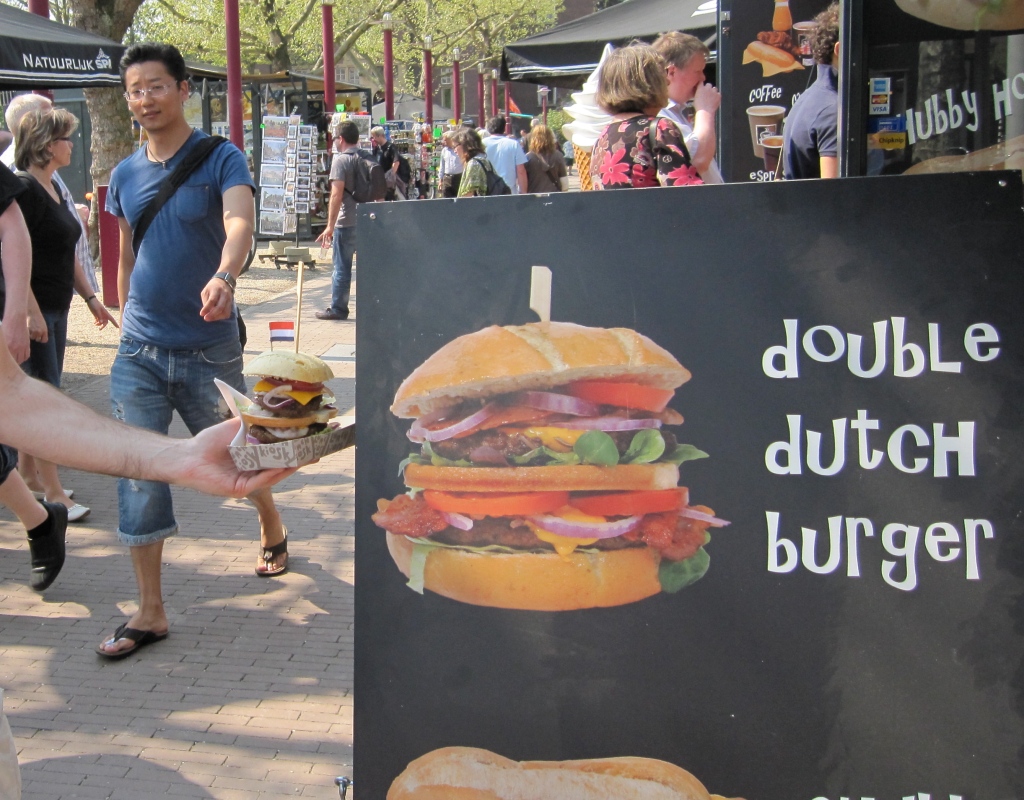 The burger was good, but not nearly as good as the dreamy looking Dutch twin brothers who sold it to us. Husband said that kind of Double Dutch wasn’t on the menu though.

The next day was filled with a trip to the Keukenhoff tulip garden, again with 3 million of our favorite tourist friends. It was kind of hell on earth until we found the bratwurst and Heineken stand.

After fighting the tulip loving hordes and taking a long nap, we set out for an authentic Dutch meal. Except no one could really tell us what that was. So we took our concierge’s advice and signed up for a seriously exotic Indonesian feast, complete with spicy honey roasted potatoes, Lemon grass lamb soup, and a plethora of meat skewers and sticky rice.

And somehow after all that, I still felt like the trip just wouldn’t be complete without real Amsterdam frites. In a cone. With some kind of mayonnaise/ketchup sauce on top. So we asked our waiter where to go the next day for the best fries in town. The look of sheer joy on his face told us we’d asked the right guy — he passed over his top two prized addresses like he was passing along the map to the holy grail. Which it kind of was (more on that later).

And now we’re back, eating lots of green salads and doing early morning yoga like responsible parents-to-be. And wondering how to explain to my doctor why I may have gained 10 pounds in one weekend.

Carrot cake and cheesecake from @gelateriafatamorgana 🍦So good I almost forgot to take a photo.